I've been to several countries in Asia like Cambodia, Laos, Myanmar and Thailand. And believe me... it didn't cross my mind nor having a second thoughts to spend time to photograph Hong Kong. Its name inspires a visions of chaotic, jam-packed city with soaring skyscrapers, thick smog, endless noodle stands, non-stop shopping all-day and night long which doesn't even attracts me by words. Until last week.. together with friends and family, I finally meet Mickey and friends of Disney in person, (haha.. can't help but somehow I enjoyed the rest of the night especially the parade and fireworks display).

Hong Kong is a busy city of about eight million inhabitants with one of the biggest hub airports in the world. It can be overwhelming for many visitors, especially those not used to crowded places and a first timer like me. Before I hit the road, I always do a quick research about what to expect, the place, the people, the food, currency and everything that i can do during my stay. And, with so much to do here, one can scratch one's head about where to start in order to get the most out of the trip.

Allow me to show you some of my selected photos from last trip in Hong Kong. 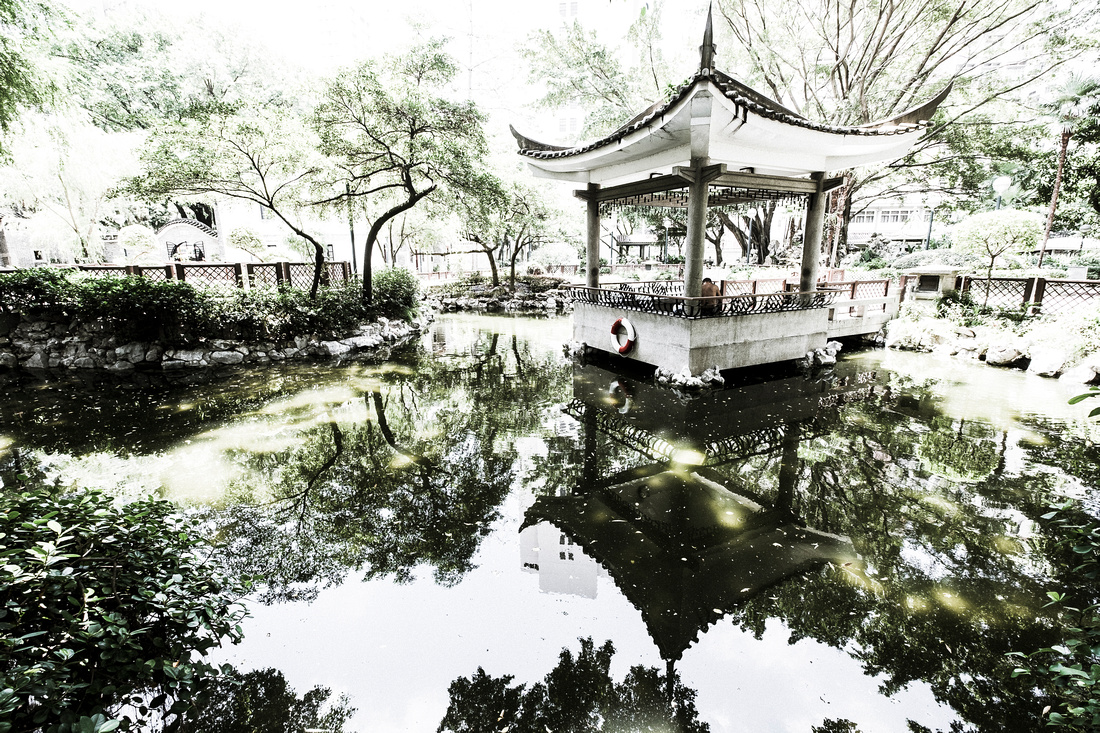 Jockey Club Tak Wah Park was designed along the classical Chinese garden theme. The park, with an area of about 1.63 hectares, is located in Tsuen Wan town centre. Being a Chinese-style garden that is rarely found in Tsuen Wan, Tak Wah Park provides a fine place for relaxation in the bustling town area. Sponsored by the Hong Kong Jockey Club, construction works of the park were carried out in 2 phases. Phase I was completed in 1989, while Phase II was completed in 1995. 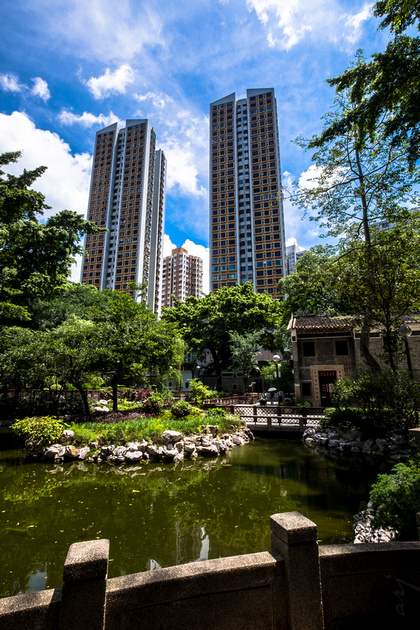 Modelled on the setup of a classical Chinese garden, the park has rock mountains made from Taihu rock, thick foliage, ornamental lakes, ancient village houses, a "pai lau", stone bridge, a stone boat, a pavilion and a verandah. A "Chess Garden" was built in the park, where giant stone-carved pieces of Chinese chess are used to display the endgame for the deliberation of chess lovers. In addition, there are 2 theme gardens in the park, namely, "Camellia Garden" and "Herb Garden", where different species of Camellia and herb are grown. 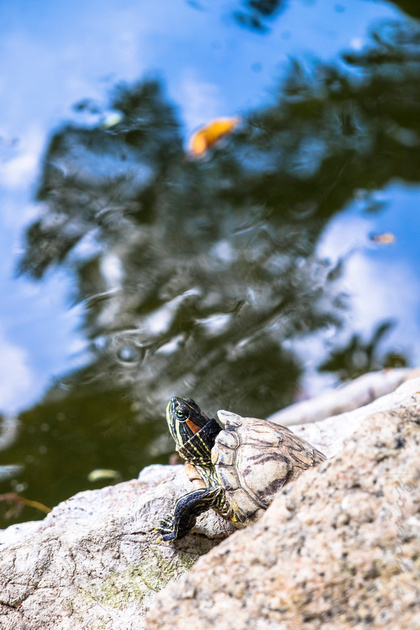 One of many beautiful turtles in Wah Tak Park 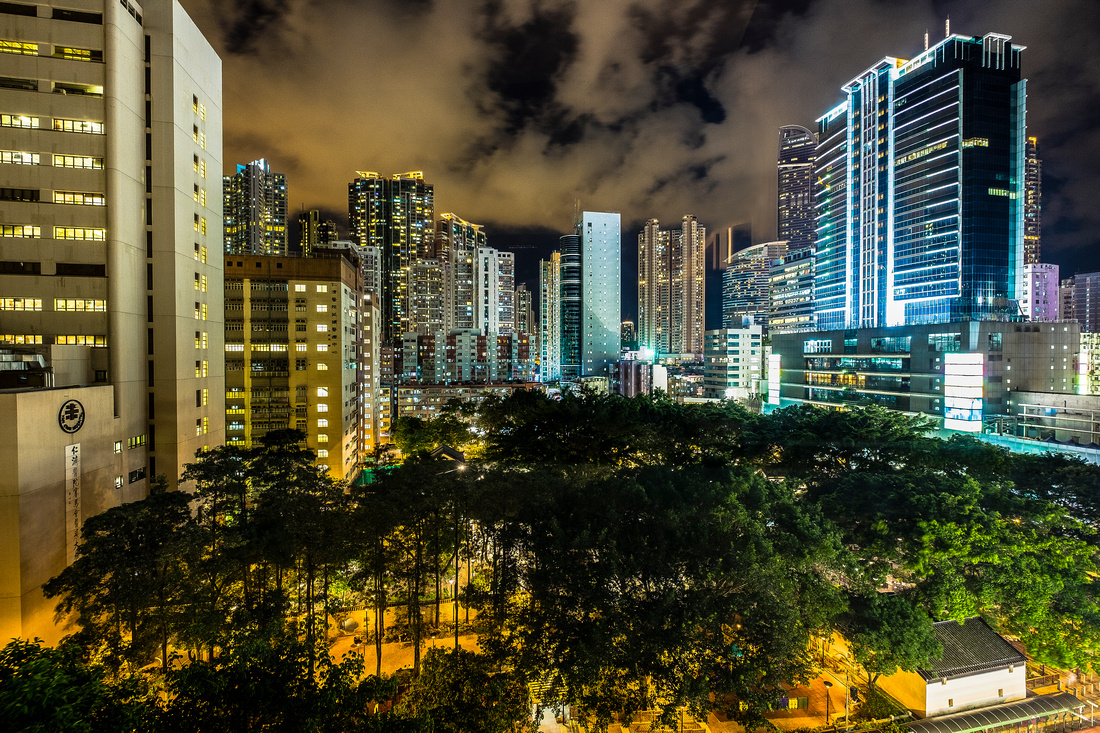 Tsuen Wan is a new town built on a bay in the New Territories area of Hong Kong, opposite to Tsing Yi Island across Rambler Channel. The market town of Tsuen Wan emerged for the surrounding villages and fleets of fishing boats in the area. 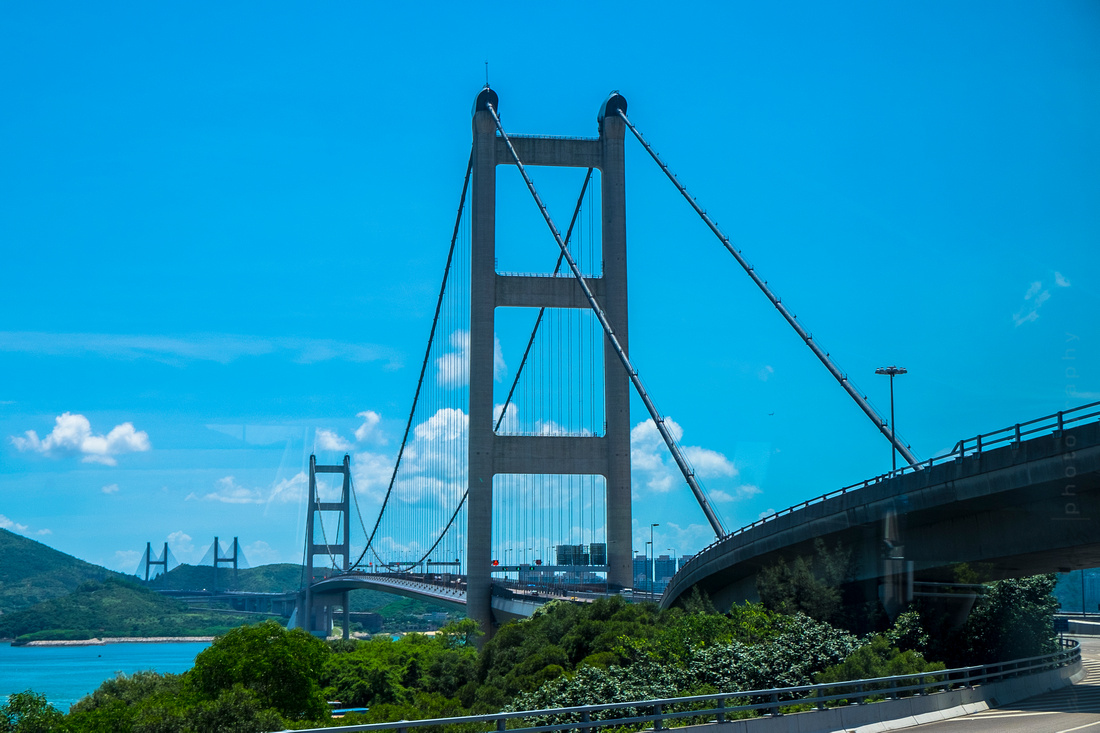 Massively imposing by day and a twinkling span of lights by night, the Tsing Ma Bridge is an engineering marvel that links Lantau Island to the rest of Hong Kong. The 2.16km bridge was opened to traffic in 1997 as part of key infrastructure serving the new airport on Lantau Island, and has since become a local sightseeing favourite.

As the longest suspension bridge with both rail and road traffic in the world, the Tsing Ma Bridge got its name from the areas at both of its ends: Tsing Yi and Ma Wan. In the case of a particularly severe typhoon hitting Hong Kong and shutting down the bridge’s six lanes, the two railway lines and two road lanes enclosed below it can still operate and transfer passengers and their luggage to and from the airport.

Visitors should head to the Lantau Link View Point and Visitors Centre located on the small island of Tsing Yi for the best views. 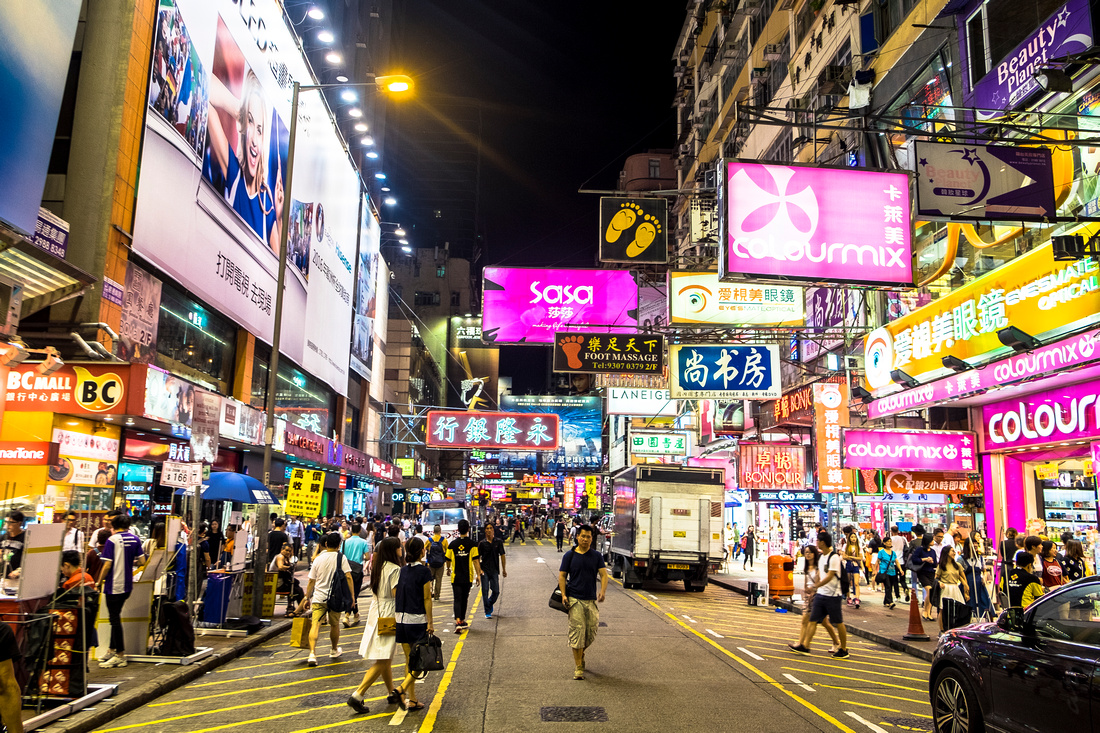 This area of Hong Kong has the largest and busiest markets in which to soak up the frenetic atmosphere, sights, and sounds of Hong Kong. The crowds and sellers really exemplify Hong Kong’s on-the-move essence. The two best markets for inexpensive souvenirs are the Ladies Market (bargain clothing, accessories, and souvenirs) and the Temple Street Night Market (flea market).

If you're also into photography and need to buy some gear, Sim City Camera House (for film and digital) is worth visiting. Three stories of independent camera stores stocking both brand new and second hand digital and film equipment and accessories. Also located in Mong Kok, Sim City has about a dozen stores selling mostly second hand DSLR's and lenses, but also a decent range of mirror less cameras and some hard to find film SLR's and Leica rangefinders. The other 20 odd stores sell brand new gear and tripods, DSLR movie gear, and lomography gear. Sim City is also a good place to come for cheap accessories like lens caps, straps and filters. It is also the only place I have found that stocks lesser known brands of lenses such as Samyang and SLR Magic.

You can even trade in your old camera's and lenses here for cash or against the cost of another purchase. 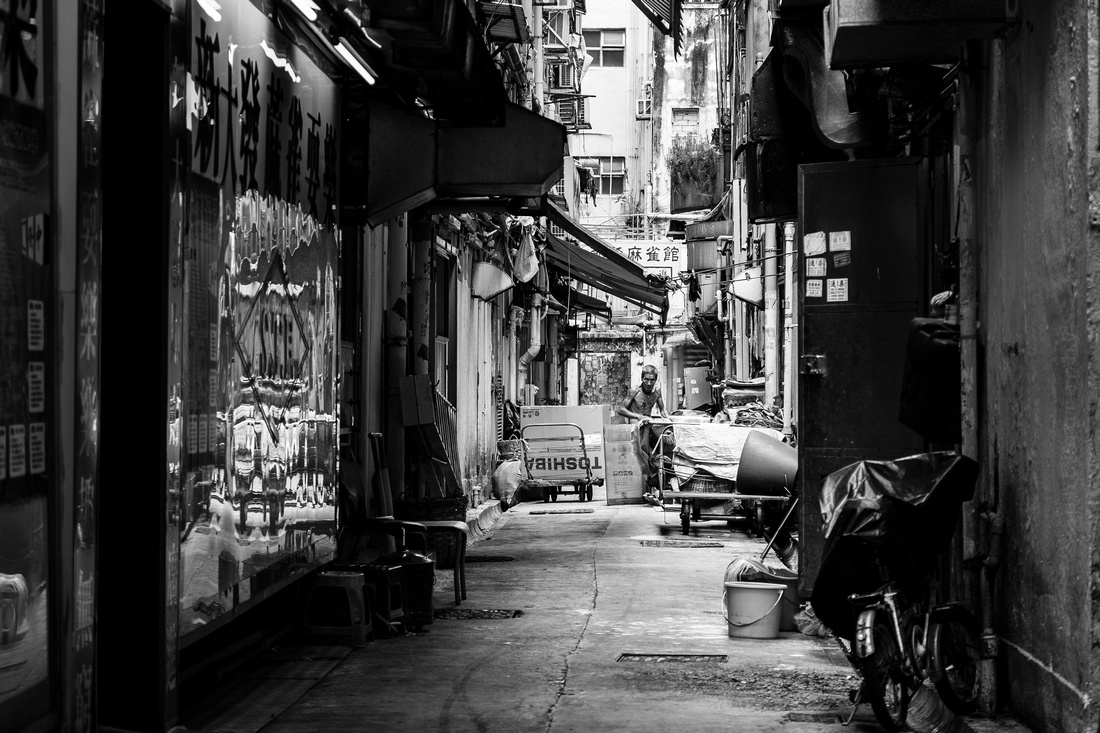 If you are keen in photography but stack inside your room in HK for some reason, then I suggest you on your next day to wake up early, skip your daily same breakfast buffet at the hotel, grab your gear then go out, start walking and look for some interesting subject along the street. 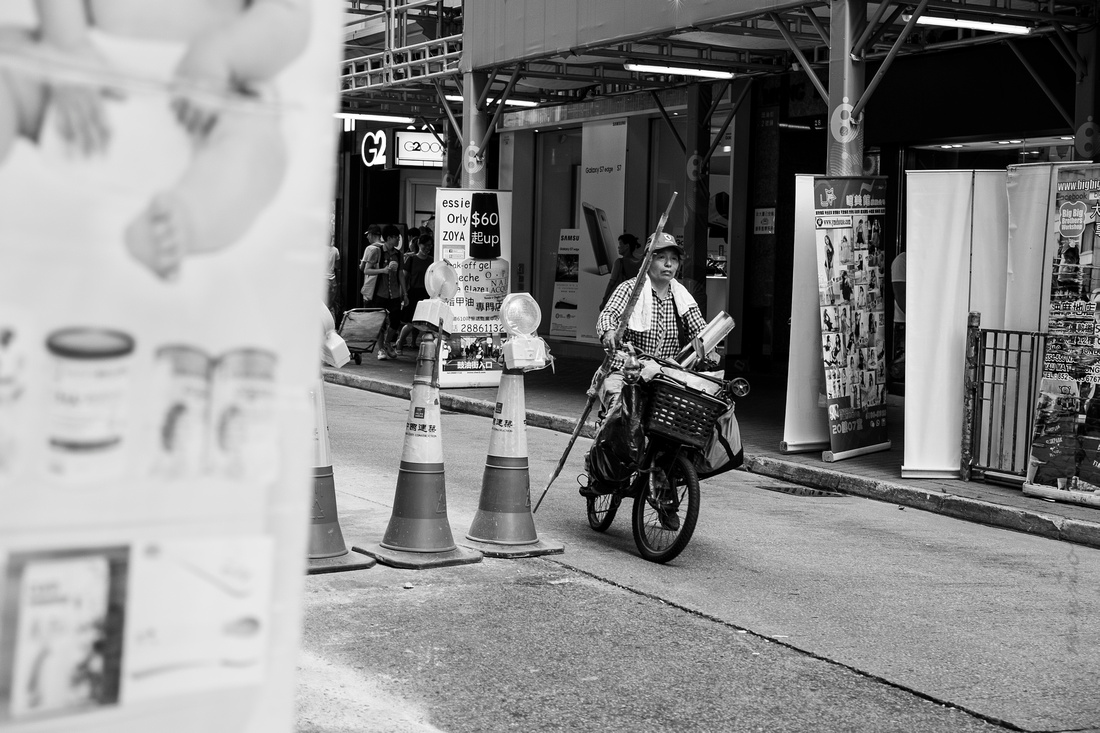 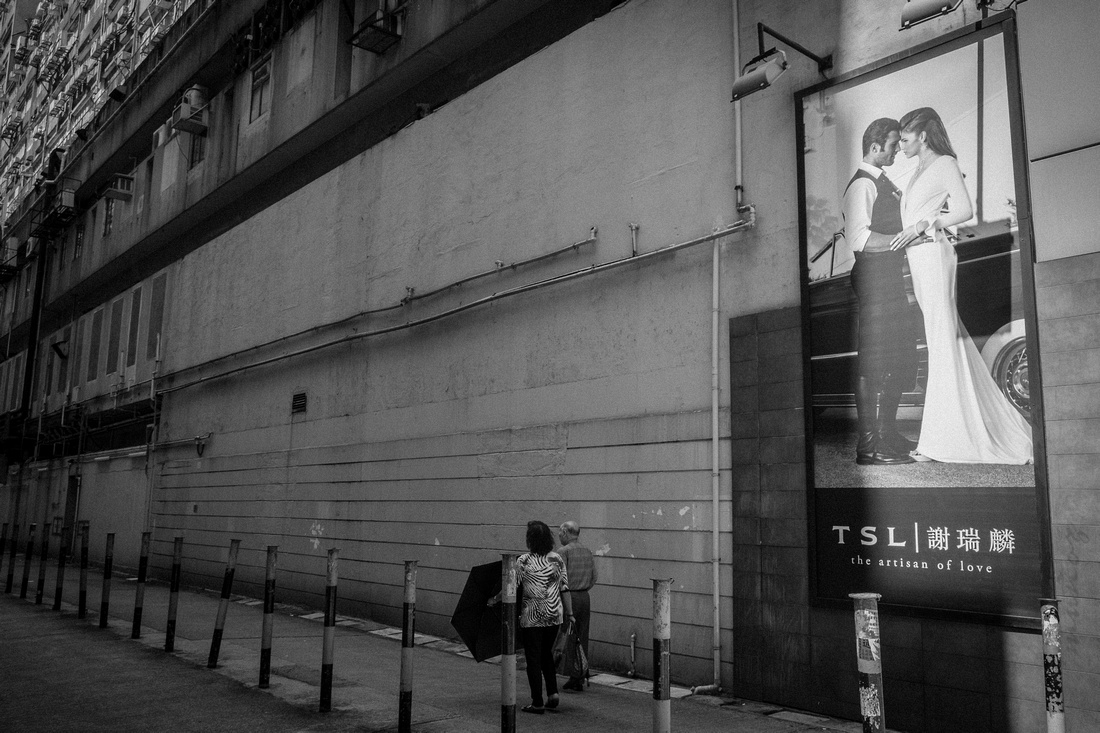 Now And Then (TSL The Artisan of Love) 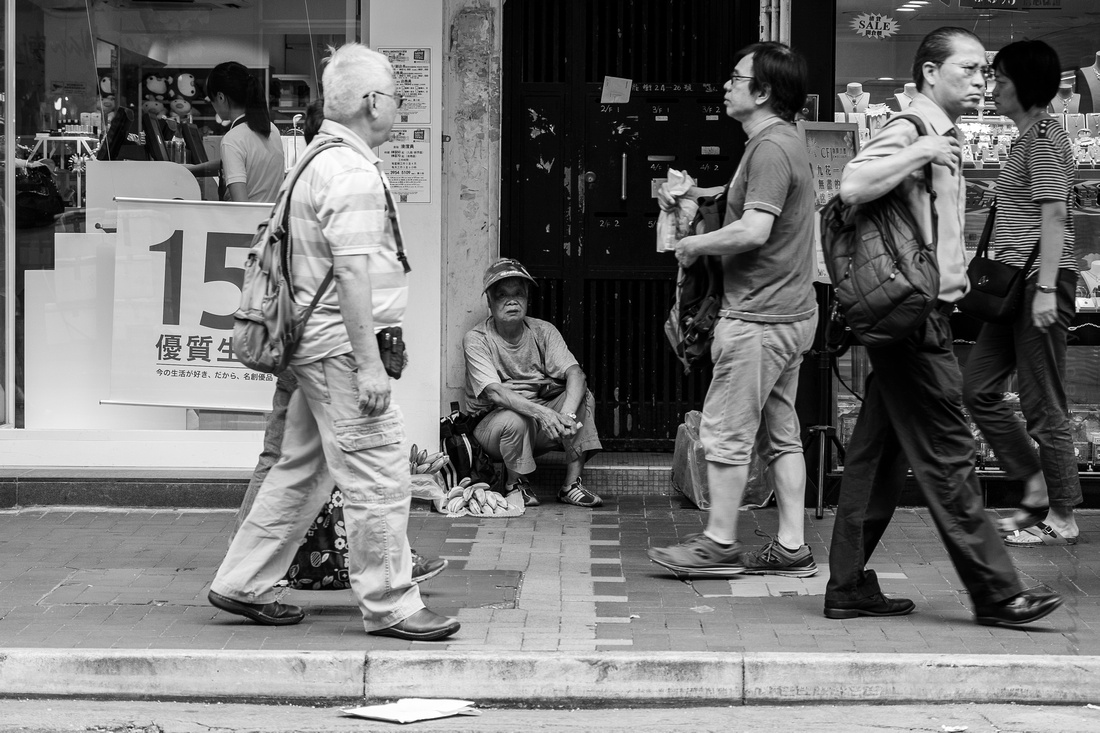 Local vendor in the street 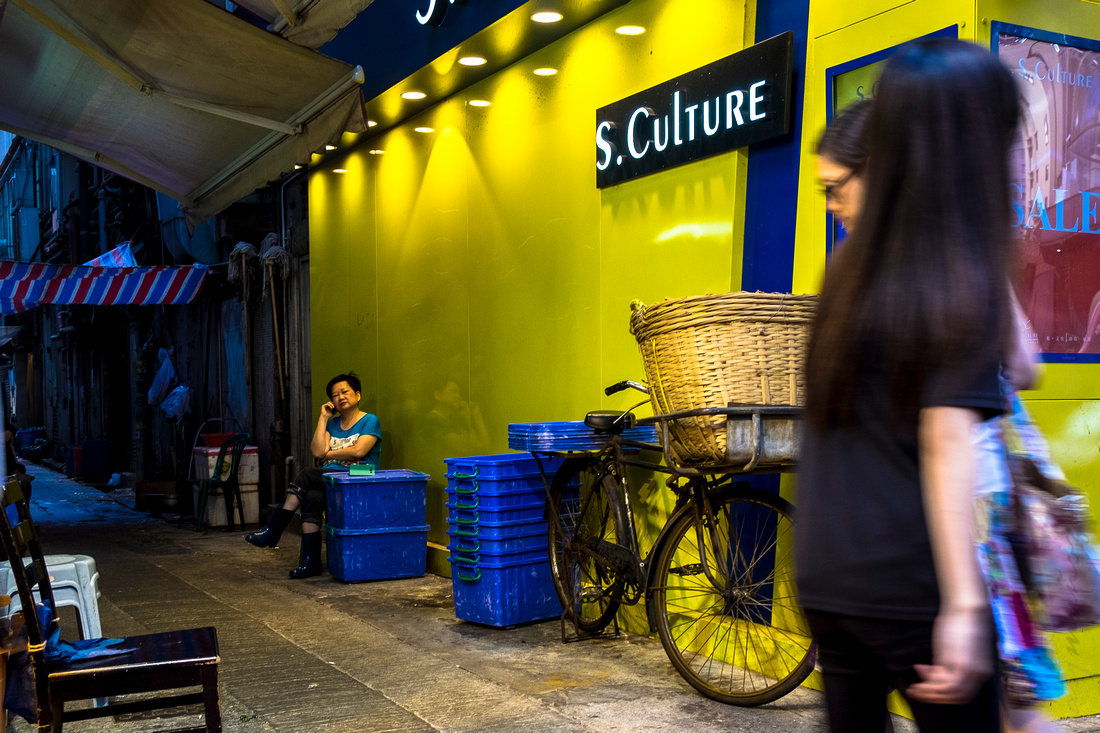 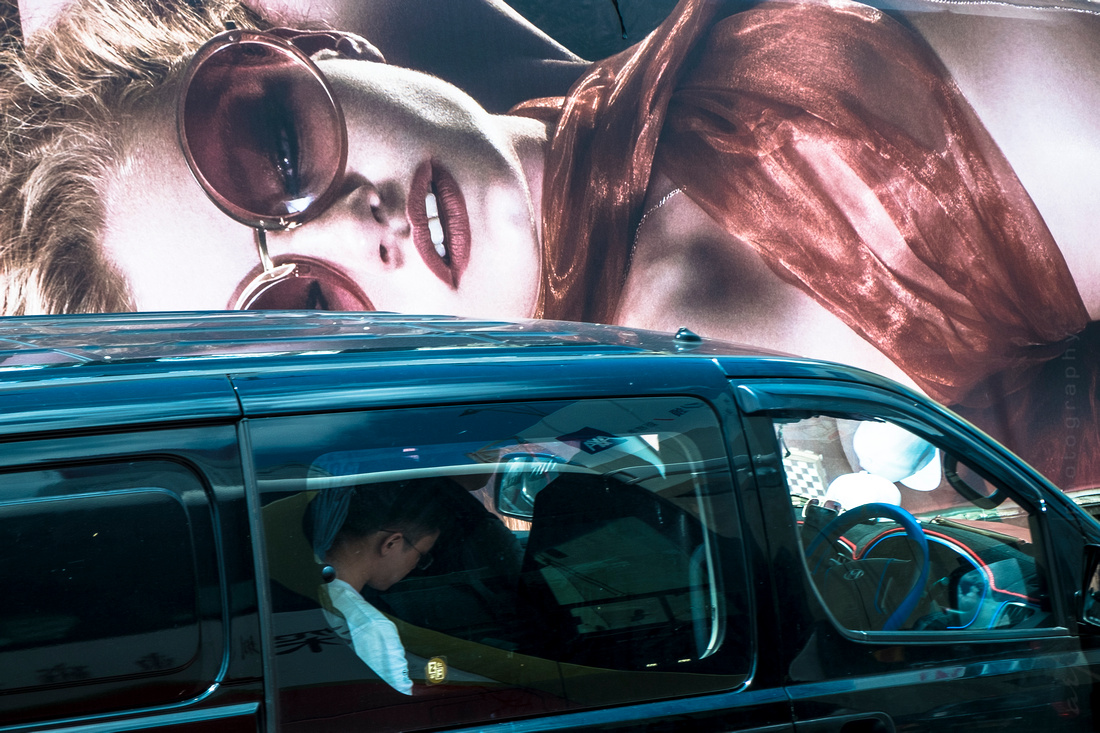 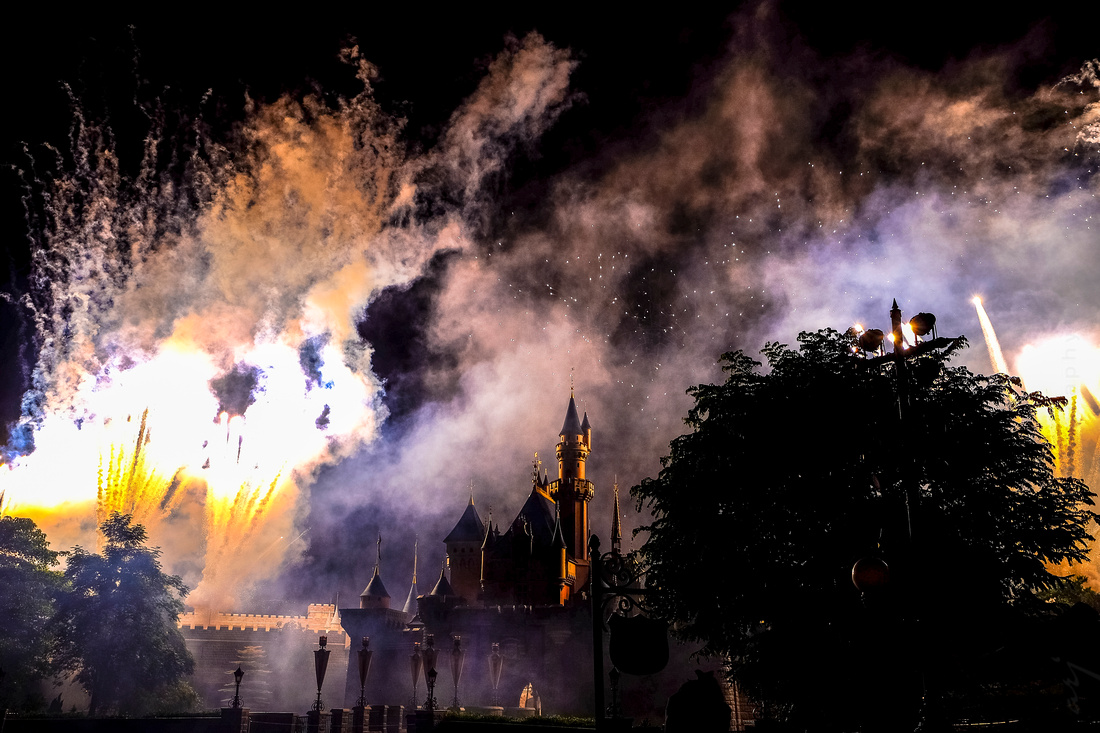 Disneyland in the Stars Fireworks

I'm not a fan of Disneyland nor Ocean Park Adventure, I'd rather go outside my hotel at night and shoot beautiful skyline of Hong Kong at Victoria Harbour. But for the first timer, I think its not bad at all to experience the highlights with a common group tours. 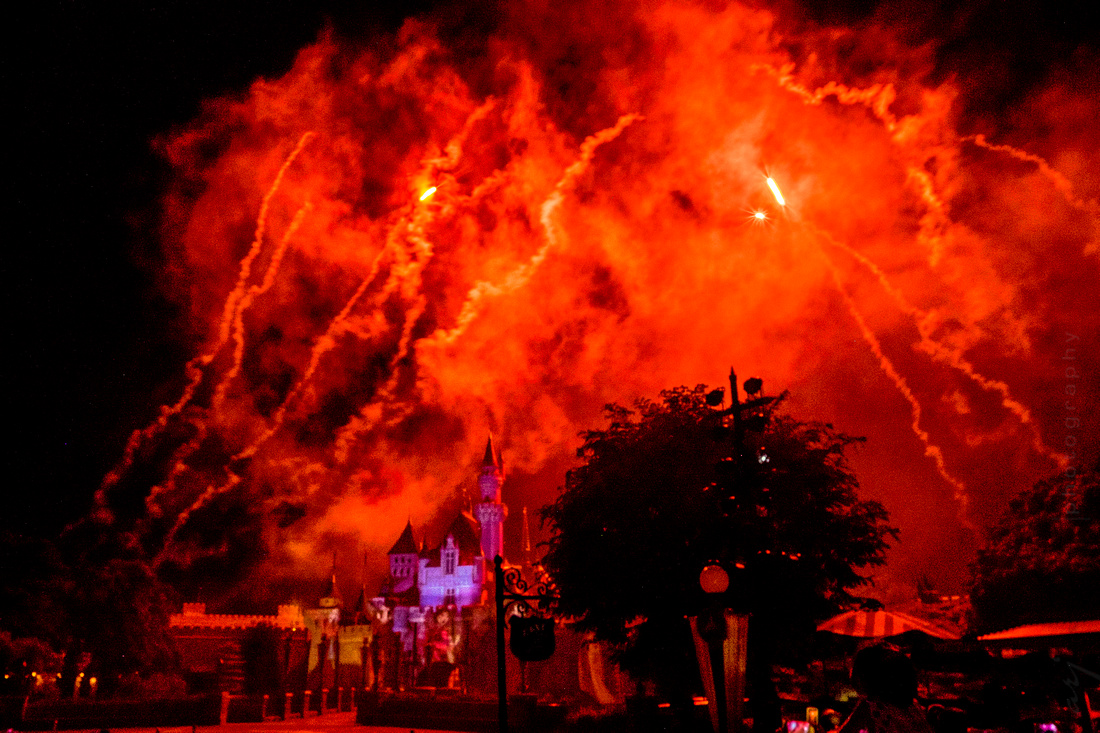 Disney in the Stars is a nightly fireworks show based on Fantasy in the Sky at other Disney parks. Fireworks and pyrotechnics are coordinated to orchestrated classic Disney musics such as "A Whole New World". The show premiered on 12 September 2005 at the park's inaugural ceremony. On 12 September 2015, in honour to celebrate 10th anniversary, the park has launched an enhanced Disney in the Stars Fireworks as they add a street-to-sky projection to the castle during the show. The enhanced version of Disney in the Stars officially launched on 16 November 2015 with the opening of the 10th anniversary "Happily Ever After" Celebration. 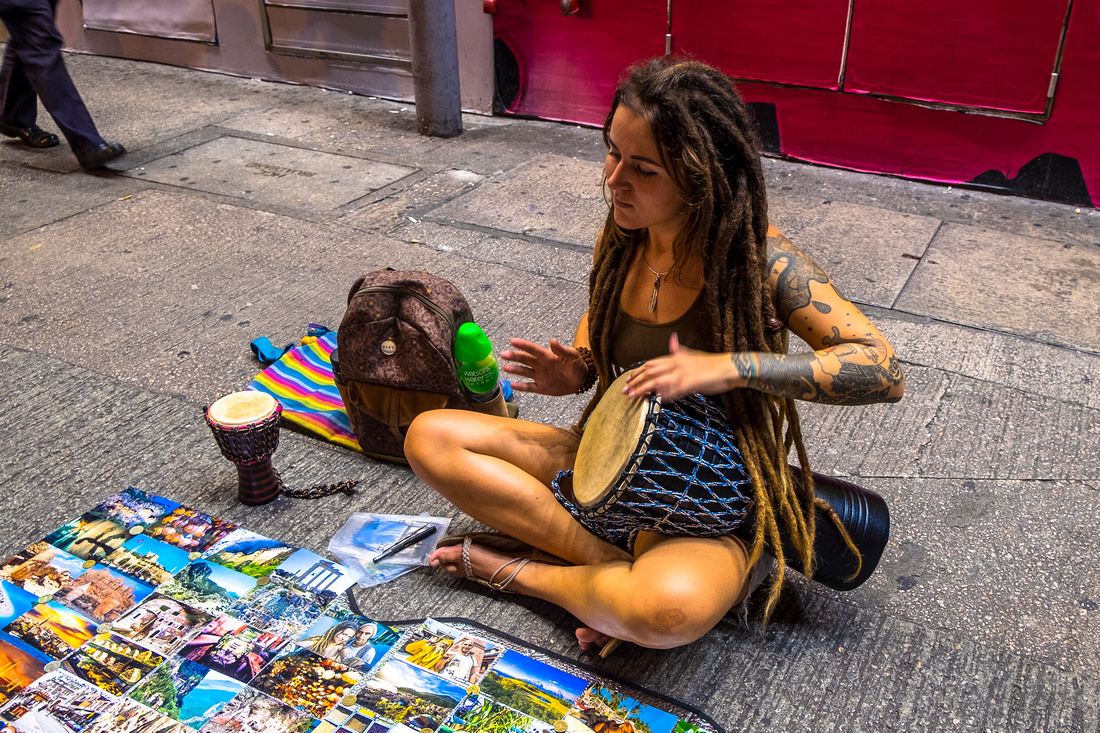 Going back to our hotel after our long day at the Temple Street, I saw this cool fellow travel photographer playing some cool music outside Mong Kok MTR Terminal and I guess selling some stuff to get some support to continue her journey.

Planning for Hong Kong trips? Here are some helpful TIPS:

1. When booking your hotel (check out Visit 7107 Islands Travel, to get the best deal), consider the proximity to the places you want to visit and shop. The Causeway Bay area (where the famous Soho Department Store and the Times Square Mall are located), Tsim Sha Tsui (where the Harbour City malls can be found), Tsuen Wan (for budget tours) are, for me, the best. 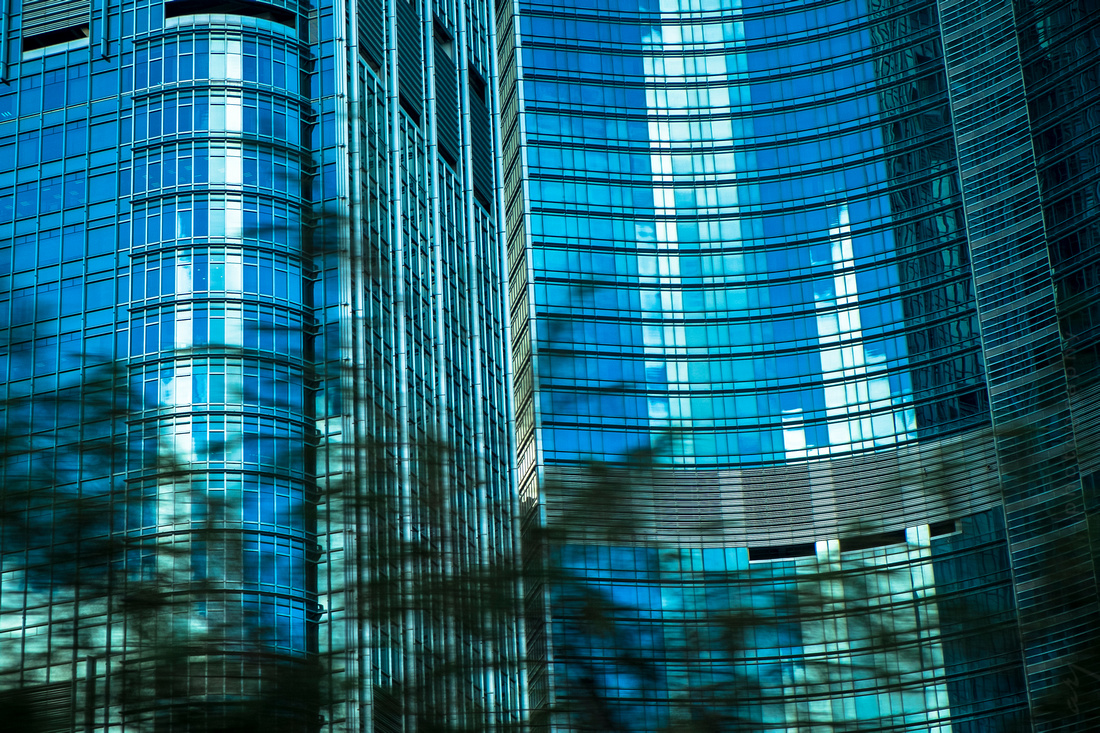 2. For shopping aficionados, bring several pieces of empty luggage for all your bargain purchases and extra baggage allowance on your flight.

3. If you are going to stay for three days or more, it is best to buy the unlimited Octopus pass which can bring you anywhere via the MTR or maybe experience their double decker bus. This will spare you the hassle of purchasing MTR passes every time you have to get far. 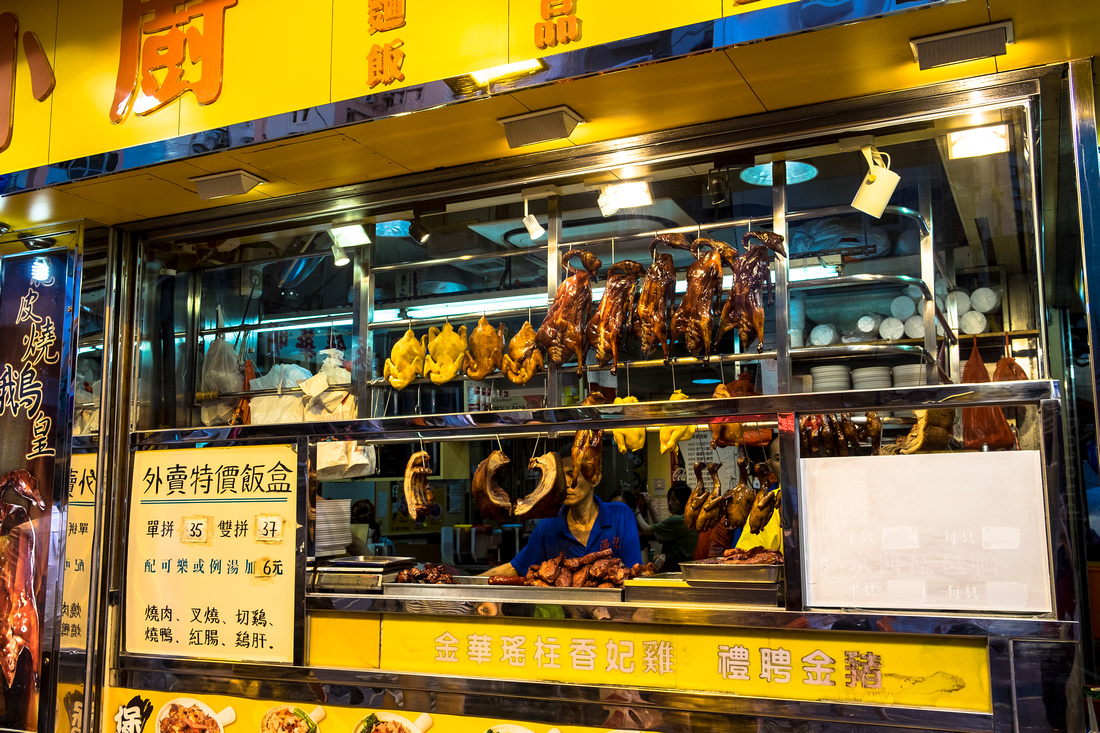 4. HK is best for electronic gadgets, designer items, jewelry and antiques. But always remember that you should buy only from the reputable stores. For super expensive items like luxury watches, never hurry. Compare the prices of the different reputable shops. You will be surprised at the disparities and how much you can save.

5. For the non-branded items, try the night markets, the most famous of which is the one in Mong Kok.

6. Go to Disneyland in the morning. Bags are inspected for food items so go on a full stomach to save on a meal. Get a map and the brochure on schedules, and plan the rides you will take and shows you will watch. Stay until the Night Parade which is spectacular. 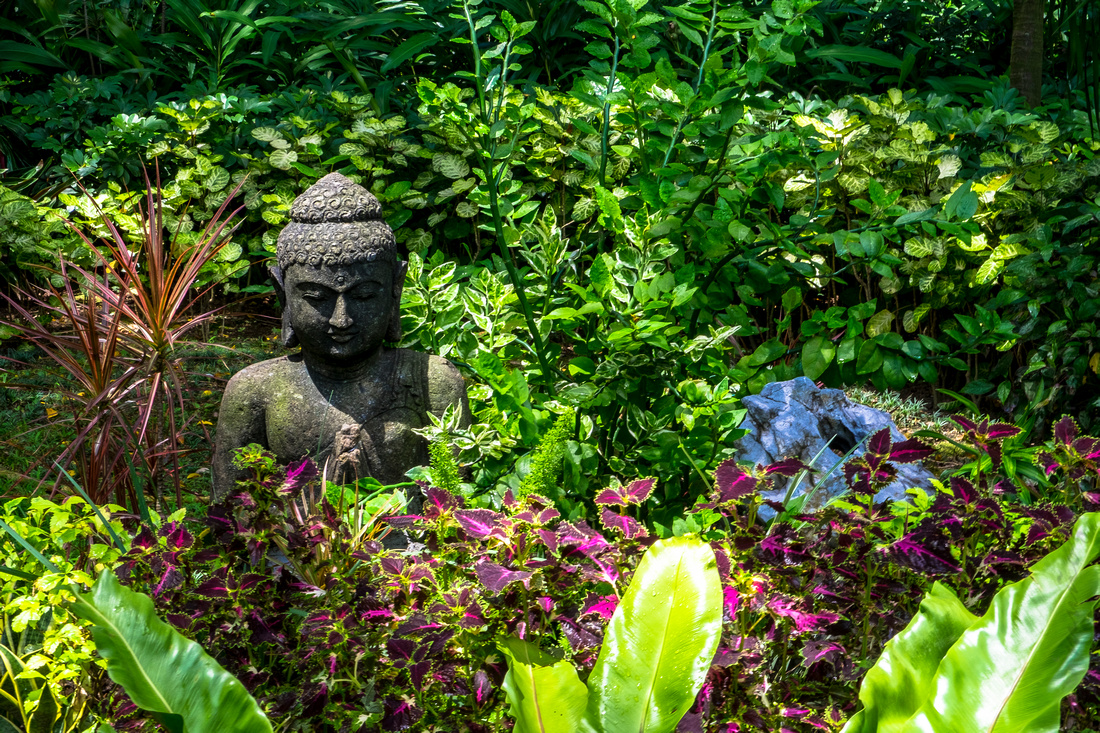 7. Get the best Hong Kong harbor and skyline views by